I can’t eat my friends’ legs! 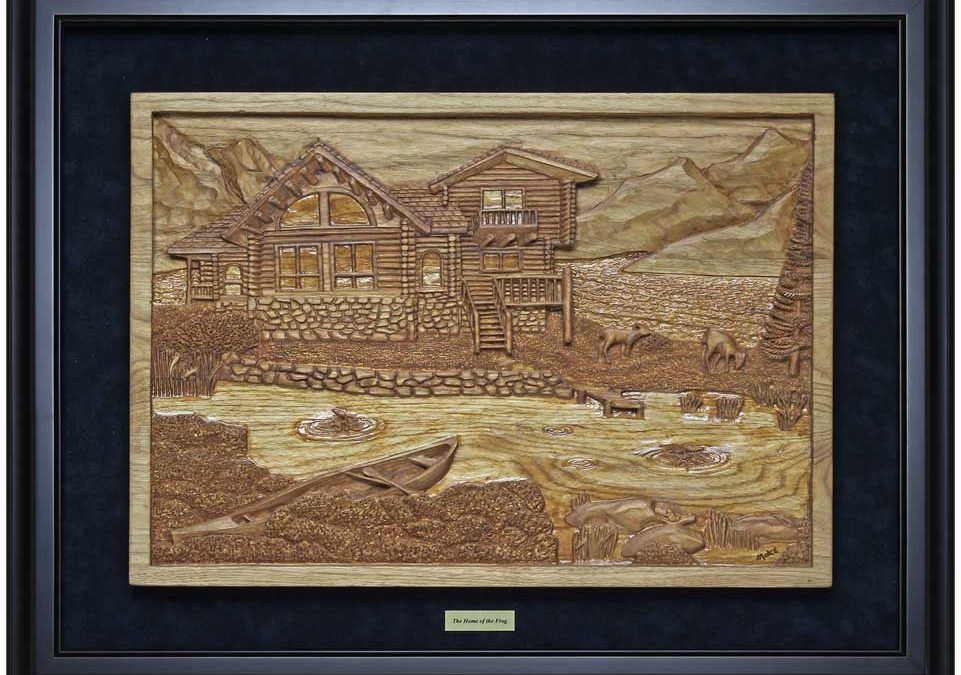 A carving I created is titled, “Home of the Frog.” This work of art was strictly created in my mind. But just for fun, I have told people that it is an image of my house… But the carving is as far as I have gotten so far in building it. As I was nearing the completion of this piece, I could not come up with a title. Then it occurred to me that I was being too serious. So I added a frog to the image. Consequently, the title became, “Home of the Frog.” Can you find him in the photo? A fun story to recall was when I was a kid, we used to hang out down by the ponds, playing with the frogs. They became our friends. Then one day my dad’s boss, a very wealthy gentleman, invited my dad and our entire family to join him for dinner at his very fancy country club. The dining facility was very posh as one might expect, and my dad’s boss ordered his favorite appetizer for our family to enjoy. When the waiter brought out the appetizer, I took one look, and according to the story my mom told, I turned pure white. The appetizer was frog legs…I looked at mom and told her, “I can’t eat my friends’ legs!”